The name “Marche” has its origin in the old Germanic word MARKA. This meant border, border area. Around the 11th century the Holy Roman Empire ended where now the Marche region is. The border areas of that region where given the names of Marca di Ancona, Marca di Fermo and Marca di Camerino. A collection of several border areas, therefore Le Marche (the marches).

A vacation to Le Marche is the best thing you can do if you want to explore the real Italy. Le Marche

is a region in the middle and east of Italy near the Adriatic Sea and the ‘ Sibillini Mountains ‘ and according to the Italians themselves Le Marche is the bridge between the North and South. In Le Marche, you’ll find the perfect mixture of peace, space, culture, culinary delights and great hospitality. All this in the midst of a very beautiful, varied nature and more than a hundred remarkable towns, every one of which is well worth a visit. 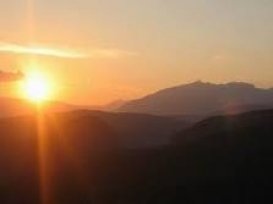 Le Marche has a very pleasant climate. In winter there are many sunny days with temperatures between 3 and 9 degrees, in April the temperature rises to 18 degrees, with peaks even higher. In summer it gets nice and warm, with a minimum of 20 degrees. In the late season the temperature varies between 15 and 22 degrees. Le Marche is one of the regions of Italy  with most sunshine hours on average count.
Average number of sunshine hours per day: January 3, April 6, July 10 and October 5.

Agriturismo Carincone
Pergola
We use cookies to ensure that we give you the best experience on our website. If you continue to use this site we will assume that you are happy with it.OKPrivacy statement